What the Fiscal Cliff Compromise Means for All of Us 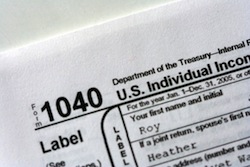 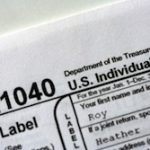 As we all know by now, the feared “fiscal cliff” was averted at the eleventh hour. After tense and exhaustive negotiations that kept the country on edge, the Senate approved a bill to avert the fiscal cliff two hours after the midnight deadline on January 1, 2013, and the House of Representatives voted to approve the Senate bill one day later on January 2, 2013.

The impact of the approved bill known as the American Taxpayer Relief Act of 2012 (the “Act”) will be significant for many individuals and business entities alike. Therefore, it is critical to assess whether adjustments should be made in one’s future personal and business arrangements that reflect the changes introduced by the fiscal cliff deal.

According to various estimates, the Act is projected to raise approximately $600 billion in new revenues over the next ten years. According to an IRS Newswire released on January 11, 2013 (IR-2013-4), beginning in tax year 2013, some of the tax items of greatest interest to most taxpayers include the following:

While the Act saves millions of middle-class taxpayers from certain tax increases, they will still feel the pinch in their paychecks because payroll taxes are still set to increase. The government had temporarily lowered the payroll tax rate in 2011 from 6.2% to 4.2% for employees. That adjustment, which has cost about $120 billion a year, expired on December 31, 2012, and was not extended as part of the fiscal cliff compromise.

Although the Act does offer some certitude for now, there are still a number of thorny issues that have been put off until March, when Congress will have additional issues to tackle. Significantly, the $16.4 trillion debt ceiling that the United States is now facing has not been resolved, and the cuts in federal spending that would have taken effect and reduced the budgets of many federal agencies and programs by 8% to 10% have been put off.

If Twomey Latham can be of any assistance to you on this or any other matter, please do not hesitate to give us a call.