In my last article, “Estate Planning for Snowbirds,” I briefly mentioned that for people who divide their time between New York and Florida, an important question is domicile or in which state you are considered a resident. In this article, I will address the tax advantages of being a Florida resident, rather than a New York resident, and the process of becoming a Florida resident, even if you intend to spend significant time in New York each year.

The first question you may be asking yourself is, what does the word “domicile” mean? The term “domicile”, while not defined by statute, is defined in New York as, “ [domicile] in general, is the place which an individual intends to be such individual’s permanent home — the place to which such individual intends to return whenever such individual may be absent.”[1] Further, “[a] person can have only one domicile. If such person has two or more residences, such person’s domicile is the one which such person regards and uses as such person’s permanent home.”[2] So, although you may have a house in New York and a condo in Florida, i.e. you have two residences, you can only be domiciled in either New York or Florida, not both.

The second question you may have is, why does it matter where I am domiciled? New York Tax Law §601 imposes New York State personal income tax on “resident individuals.” Pursuant to New York Tax Law §605(b)(1), a resident individual is defined as person domiciled within the state or a person “who is not domiciled in this state but maintains a permanent place of abode in this state and spends in the aggregate more than one hundred eighty-three days of the taxable year in [New York]….”.[3] Further, New York residents are taxed on all of their income both inside and outside of New York. Additionally, New York currently imposes an estate tax of 16% upon the estate of every resident decedent with an estate over $5,250,000. In contrast, Florida does not have a state income tax or a state estate tax. Based on the potentially significant tax savings, if you are already dividing your time between New York and Florida or are considering dividing your time in the future, where you are domiciled is an important consideration.

How to Change Your Domicile

So, you’ve decided that New York winters and taxes are not for you. Now, how do you go about actually changing your domicile to Florida? First, it is important to note that New York State is very aggressive in auditing people who change their domicile from New York to Florida (or other snowbird friendly states). New York residency audits are very fact intensive. When attempting to establish that a person is domiciled in New York, the tax auditor will look to five factors:

Besides being aware of the five factors a New York state tax auditor will use to establish that you are domiciled in New York, the other steps you should take to exemplify that you have changed your domicile to Florida are as follows:

This list is by no means exhaustive, but it is also by no means a checklist wherein if you complete every item, your domicile will have been definitively changed to Florida. As stated at the outset of this section, New York residency audits are fact intensive. The best way to establish that you are domiciled in Florida is to actually move your life to Florida, i.e. spend most of your time in Florida, maintain a residence nicer or equal to your New York residence, change all of your licensing and registration to Florida, move your important things to Florida, and begin maintaining your life down there and come to New York for visits, rather than the other way around. Also, be prepared for a residency audit by maintaining your evidence that you are domiciled in Florida.

The burden of proof  lies with the taxpayer, upon whom it is incumbent to establish that they neither maintained a permanent place of abode in New York nor spent more than 183 days in New York during the tax year in question. You can demonstrate that you were not present for more than 183 days by submitting testimonial evidence, documentary evidence or a combination of the two. Such evidence may include receipts from items purchased in Florida on the dates in question to show you were indeed in Florida. The best practice, that many people conscious of the 183-day rule follow, is to keep a contemporaneous calendar that simply states where you are each day, New York, Florida or elsewhere.

New York is aggressive in conducting residency audits, which can be fact intensive. If you are considering changing your domicile to Florida, it may be beneficial to speak to a trusts and estates attorney to discuss your plans. The Trusts and Estates department of Twomey, Latham, Shea, Kelley, Dubin & Quartararo has attorneys who are admitted in multiple states, including Florida, available at your convenience to answer your questions, review your current estate plan to ensure it continues to meet your needs, discuss the implementation of a multi-state estate and succession plan or to assist you in a residency audit.

[3] This is called statutory residency and will be discussed below.

Dying Without A Will: Where Will My Things Go? 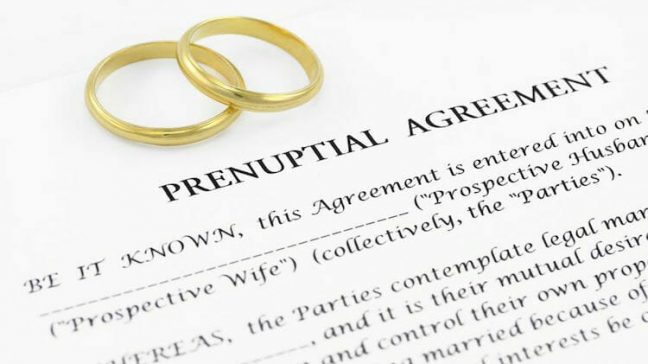